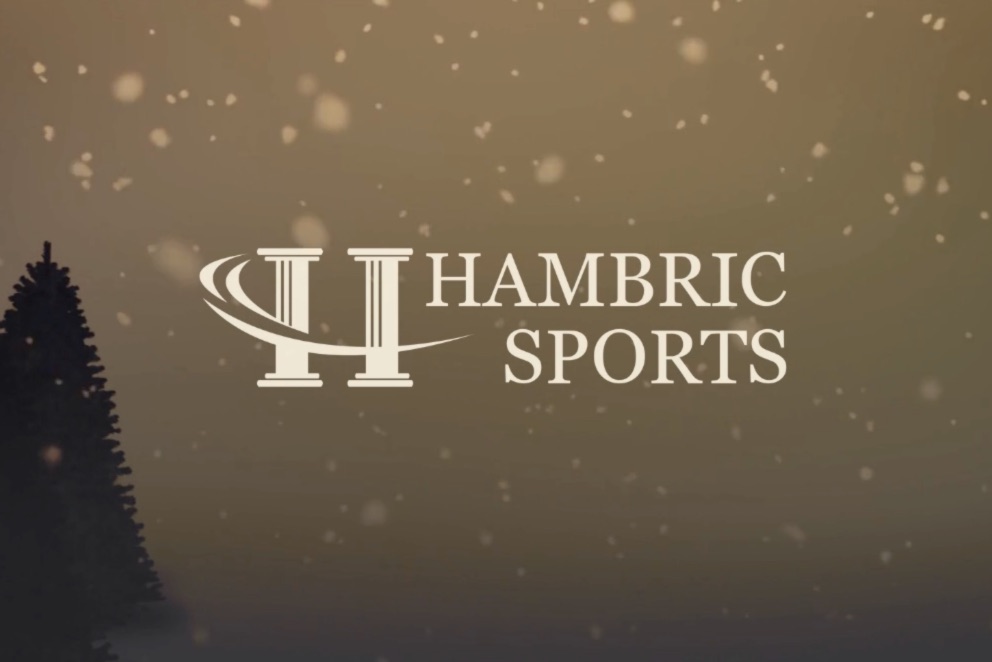 And just like that, another year comes to a close!

2021 was a busy year for all at Hambric Sports, with a return to our usual golfing calendar on each respective tours and incredible success from our clients.

To our clients, some of the most talented golfers in the world, thank you for your continued loyalty and trust in all that we do. We are incredibly proud to represent you both on and off the course.

To our sponsors, your support through difficult times means a huge amount and we are so appreciative to have you on board this journey with us.

From all of the team at Hambric Sports, we wish you a very Merry Christmas and a happy and healthy New Year. Here’s to a great 2022!

Dustin Johnson started 2021 at the top of the Official World Golf Rankings.

Zander Lombard announced his attachment to Royal Johannesburg and Kensington Golf Club, one of the most prestigious clubs in South Africa.

Henrik Stenson Eyewear partnered with Denmark’s JB Hansen, who wore their stylish, functional and durable glasses on the golf course during the season.

Dustin Johnson battled to a final round of 68 to win his second Saudi International title in just three years wins. This extended his lead at the top of the Official World Golf Rankings.

Brooks Koepka won the Waste Management Phoenix Open, having come from five shots back to win by one and with that, made it a clean sweep of victories for Hambric Sports on the European Tour and PGA Tour that week.

Following on from a successful partnership in 2020, LESS_ announced their continued relationship with Adrian Meronk for 2021., with their logo remaining on the front of his chest apparel.

Brooks Koepka finished on -15 at the WGC Workday Championship, to tie for 2nd place.

JJ Guerra won the Canita Tour Championship for the 2nd time in a row, which earned him a place at the PGA Tour’s Corales Championship.

Scottie Scheffler reached the final of the WGC-DELL Technologies Matchplay, where he was narrowly beaten 2&1 by Billy Horschel. Scottie produced sensational golf all week.

White Eagle Sport announced that following on from the buzz of their original sleeve partnership with Adrian Meronk, that they would be expanding their agreement to include the belly of his golf bag.

John Axelsen won the Made in Himmerland qualifier on the ECCO Tour, to qualify for the main European Tour event.

John Axelsen announced his partnership with PM Montage-Teknik A/S, one of the main building material and smithing service suppliers in Denmark.

Jordan Smith finished 5th and Adrian Meronk 6th on the European Tour’s US Open qualification standings, solidifying their tee-times in Torrey Pines. With that, Adrian Meronk became the first Polish golfer to ever qualify and compete in one of golf’s Major Championships.

Following on from a sensational final year in college, Vincent Norrman announced his decision to turn professional and join the Hambric Sports family.

Vincent Norrman made a hole in one on the par 4, 16th hole at the BMW International Open.

The following week, Nicolai Højgaard claimed his maiden European Tour title at the DS Automobiles Italian Open, to become the first 2 players born in the 2000’s to have won on either the European Tour or PGA Tour.

Following on from his victory in Switzerland, Rasmus Højgaard won the European Tour’s August Golfer of the Month

Dustin Johnson, Scottie Scheffler and Brooks Koepka all put in trojans efforts to help Team USA cruise to victory over Team Europe at the Ryder Cup.

Scottie Scheffler went undeafted in his rookie campaign and DJ was the leading US points scorer, bringing home 5 points and also going undeafeated. He went on to win the inaugural Nicklaus-Jacklin award.

Alex del Rey shot an incredible round of 58 at the Swiss Challenge, to record the lowest ever score to par on any major golf tour.

Luis Gagne won 2nd stage of Korn Ferry Tour Q-School at Plantation Preserve GC, where he finished on a total of -17.

Yannik Paul finished 9th place on the Challenge Tour Order of Merit rankings and with that, earning his DP World Tour card for 2022.

JB Hansen picked up his second European Tour title at the AVIV Dubai Championship and played his way into the DP World Tour Championship.

Nicolai Højgaard finished an incredible 8th on the 2021 Race to Dubai rankings, having started the year in category 19!

Brooks Koepka announced a multi-year agreement with Srixon and Cleveland and will join their TOUR staff team. The four time Major champion will play a Srixon driver and irons, Cleveland wedges and a Srixon golf ball, he will also carry a Srixon staff bag.

Brooks Koepka cruised to a 4&3 victory at “The Match”.

Zander Lombard earned himself a tee-time at the 150th Open Championship next year, having finished 2nd at the Joburg Open.

Rasmus and Nicolai Højgaard once again made history by becoming the first twins to rank inside the Top 100 in the Official World Golf Rankings.