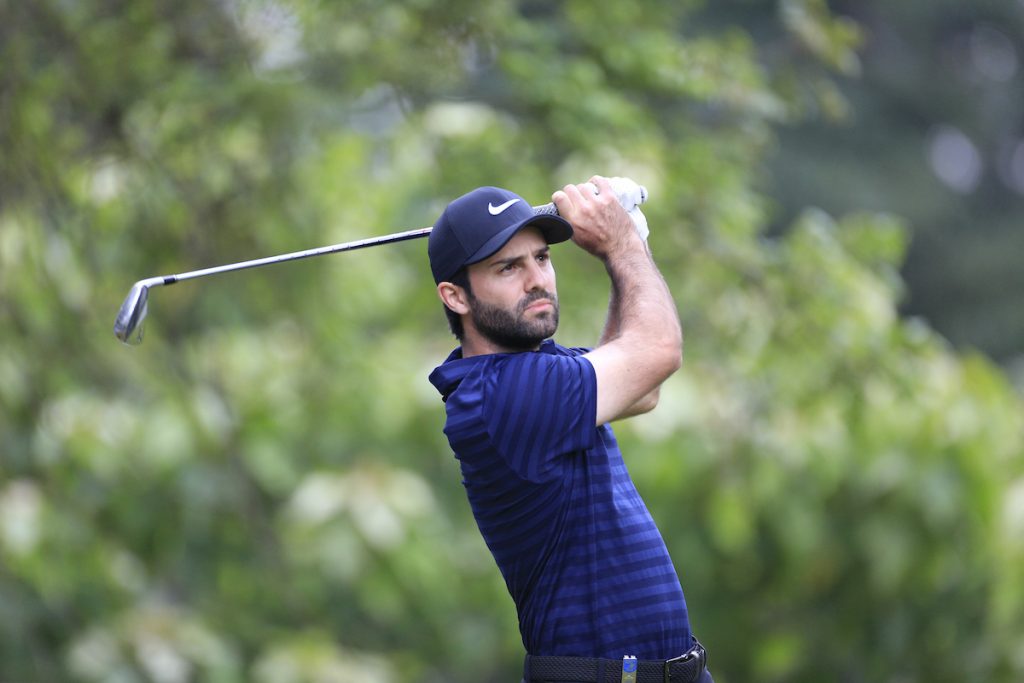 The Frenchman started the day five behind overnight leader Jeff Karlsson, but reduced the deficit over the front nine with four birdies at Katrineholms GK.

The 24 year old then picked up a further birdie on the 17th, but then bogeyed the 18th, to draw level on 12 under par with Wales’s Oliver Farr and England’s Ben Stow.

After all three made par at the first play-off hole, the par four 18th, it was Stalter who raised his game, hitting an exquisite second shot for a birdie chance which he took full advantage of.

And the Frenchman, whose victory takes him to ninth place in the Road to Oman Rankings, was delighted to have achieved his first professional win.

“At the start of the day wining was not on my mind at all,” said Stalter, who also earned an invite for next month’s KLM Open with today’s win.

“I was trying to put myself out there but I never thought about winning until I saw my name at the top of the leaderboard. I stayed really steady, and I was really proud of my mentality today.

“I played really, really good golf. The putts weren’t going in down the stretch and I bogeyed 18 when if I had made par I would have won the tournament. But I managed to get into a play-off, and my friend Julien Gurrier told me ‘just got out there and enjoy it’, so I did.

“It is why we work so hard all year to put ourselves in these positions and that left to right putt I had to win was probably the hardest putt I have had in my professional career.

“Even though it was close to the pin all I was thinking about was ‘it’s your moment now, it’s now or never’. When I saw the ball roll in it was awesome.

“It will push me up in the Rankings I am sure but the important thing for me today was that I managed to hold my nerve in the play-off. It has been two years where I have stayed patient and felt like I was getting close, but never getting rewarded, so it felt like all my hard work paid off.

“The best feeling is when you have a victory over yourself and I am really proud of that, and I want to say thank you to everyone who has supported me. Today is just a great day of celebration.”