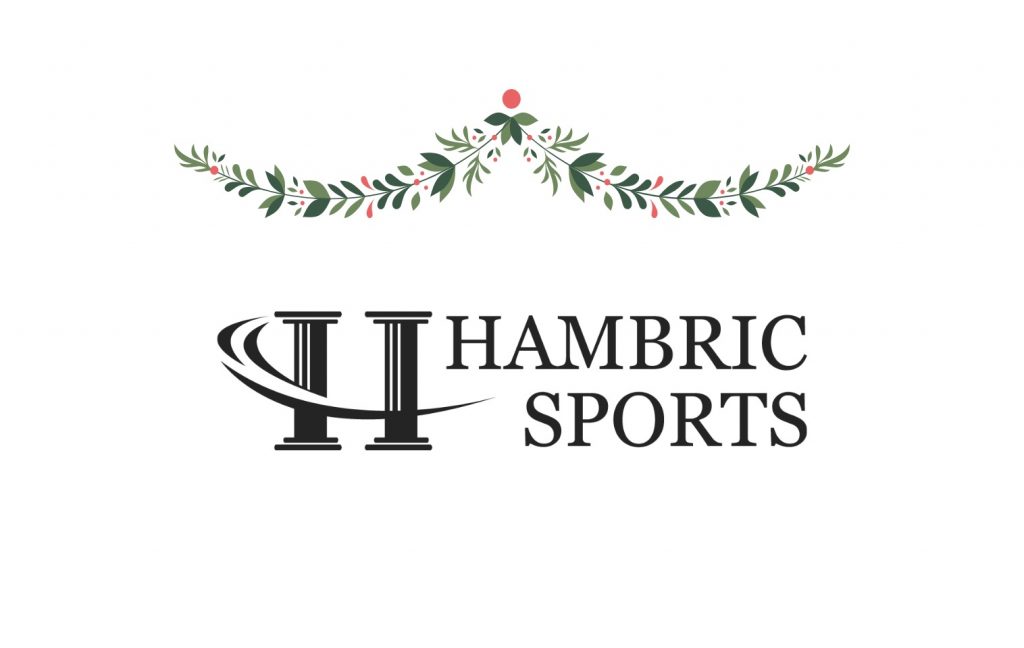 What a year 2020 has been! Never would we have believed that a virus would have such an impact on our day to day existence and the way in which we live our lives.

It started out with the normal excitement for a fantastic golfing season ahead of us, but we soon found ourselves locked in our homes, trying to stay safe and healthy in our fight against Covid-19.

This unforgettable year has provided plenty of challenging times for everybody, but we want to highlight the joys and successes that we’ve had through the game of golf.

We would like to thank our clients for continuing to make us proud, on and off the golf course and their sponsors for their unwavering support through this difficult year.

From all of the team at Hambric Sports, we wish you a very Merry Christmas and a happy and healthy New Year. See you in 2021!

Adrian Meronk renewed his partnership with LESS_, the mobile app that allows you to buy and sell pre-owned clothes and in turn, support the recycling culture and a sustainable lifestyle.

Meronk also renewed his equipment agreement with PING and has been playing with their product since turning professional in 2016.

Having played with Titleist clubs his entire golfing career, South African star, Zander Lombard, renewed his equipment contract, following on from finishing 59th on the 2019 Race to Dubai.

Callaway announced the signing of Alexander Björk as the newest member of their professional team.

Scottie Scheffler claimed victory by one shot at the Maridoe Samaritan Fund Invitational and went on to donate his prize money to Maridoe’s caddie fund. Well done Scottie!

PGA Tour player, Vincent Whaley, joined the Hambric Sports family, having recorded a solid season the previous year on the Korn Ferry Tour and earning himself a PGA Tour card for 2020.

Upon turning professional and ending his amateur career as one of the best golfers in Brigham Young University’s history, Peter Kuest made the decision to join Hambric Sports.

Spain’s Alex del Rey completed his collegiate career at Arizona State University and he too chose Hambric Sports to guide him on his journey in the professional ranks.

Contea Group, one of Denmark’s leading risk advisor and insurance broker companies, confirmed their sponsorship of Joachim B. Hansen.

Ryder Cup star, Thorbjørn Olesen, announced his new apparel partnership with Castore, one of the highest quality sportswear brands on the market.

Having made the decision to turn professional after a stellar amateur career, John Axelsen choose Hambric Sports as the right people to guide him in the direction that he wants to go in the game.

Having claimed the 2019 Road to Mallorca title, due to a consistent season and wins at the Hainan Open and Challenge Tour Grand Final, Francesco Laporta signed with Hambric Sports.

Yannik Paul won the 77th Arizona Open Championship, having shot back to back rounds of 64 and finished the tournament on -18. Well done, Yannik!

At just 19 years of age, Rasmus Højgaard broke into the Top 100 of the Official World Golf Rankings and was the highest ranked Danish golfer in the world.

Peter Kuest claimed his maiden professional win at the Siegfried & Jensen Utah Open. He shot rounds of 63, 64 and 66, to finish on -23. The first of many trophies for Peter!

Scottie Scheffler joined the history books, having shot a round of 59 at The Northern Trust, which set a new course record at TPC Boston and also tied the lowest round in the FedEx Cup Playoffs. An amazing feat for Scottie!

The very same week, Dustin Johnson went on to win his 22nd PGA Tour title at The Northern Trust, which also saw him return to World Number 1.

TIM SA, the largest distributor of electrotechnical materials in Poland, announced the renewal of their partnership with Adrian Meronk.

In just his 12th European Tour start, Rasmus Højgaard claimed his 2nd main tour title, at the ISPS HANDA UK Championship and he was then crowned champion of the UK Swing Order of Merit. Well done, Ras!

World Number 1, Dustin Johnson added the FedEx Cup Title to his long list of victories, having won the Tour Championship. What a phenomenal run of golf, DJ!

Alex del Rey shot rounds of 63, 65 and 70 to claim his maiden victory at the Open Mirabelle Or on the Alps Tour. Super performance, Alex.

Following on from his incredible season, Dustin Johnson won the Jack Nicklaus Award, having been named the PGA Tour Player of the Year.

The Arnold Palmer Award for the PGA Tour’s Rookie of the Year went to Scottie Scheffler, having finished 5th on the FedEx Cup Rankings and notching up 6 top-5 finishes and 7 top-10’s.

John Axelsen was named the Ecco Tour’s Rookie of the Year, following on from his victory at the Destination Fyn Pro-Am.

15th November 2020 was a day we’ll never forget, Dustin Johnson put on an exhibition of golf to earn The Masters title and the coveted Green Jacket. He dominated from start to finish and set a new record by becoming the first player in tournament history to reach 20 under par.

Just one week later, Joachim B Hansen won his maiden European Tour victory at the Joburg Open, having shot a bogey free final round of 67, to finish on -19. Congratulations JB!