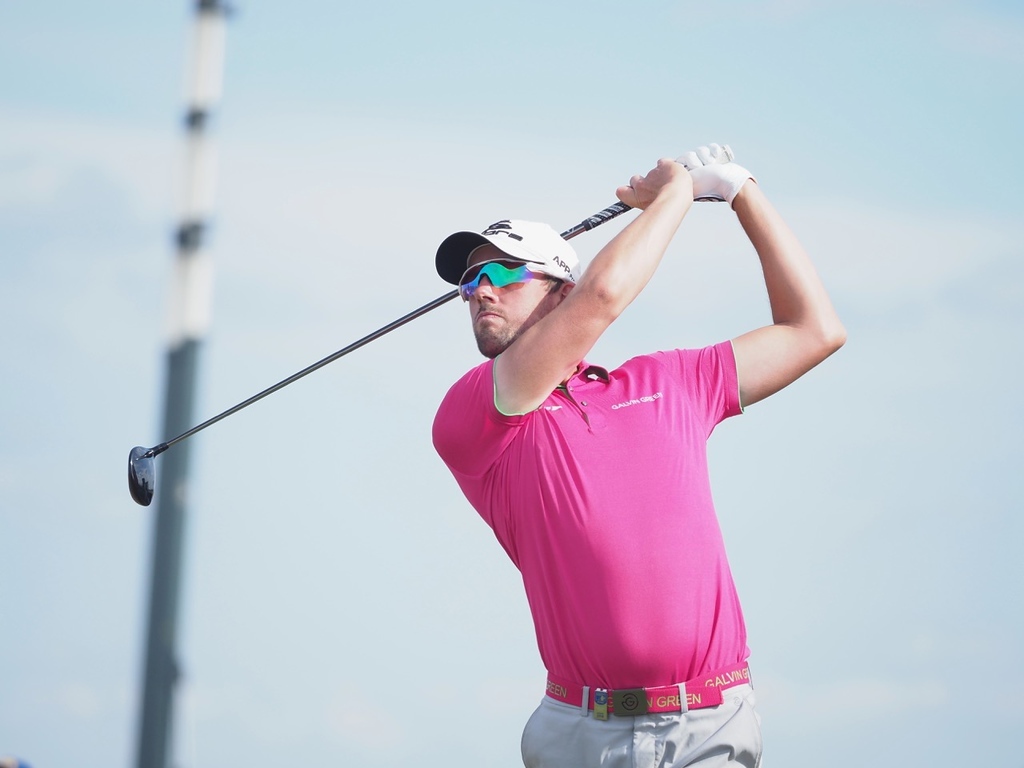 Hambric Sports is delighted to announce the signing of the 2018 Volvo China Open winner, Alexander Björk, fresh off his solo 2nd place finish at the Sky Sports British Masters yesterday.

Currently, Alexander is ranked 65th on the Official World Golf Rankings and 12th on the Race to Dubai rankings.

Heading into his second year on the European Tour, Alexander started it off in a near perfect style, by finishing tied 2nd at the UBS Hong Kong Open. This was then followed up by a tied 3rd finish at the Tropheé Hassan II and tied 6th at the Omega Dubai Desert Classic.

Solid performances continued and it wasn’t long before Alexander claimed his maiden European Tour title at the Volvo China Open.

2017 was a whirlwind first season for Alexander on the European Tour. Recording three top-ten finishes, this helped him to a 43rd place finish on the Race to Dubai rankings, meaning that he comfortably retained his card for the 2018 season.

A tied third finish for Alexander at the 2017 HNA Open de France secured him a spot at the 146th Open Championship, where he made his major debut.

In 2016, Alexander picked up his first Challenge Tour victory at the Le Vaudreuil Golf Challenge and also had nine top-ten finishes during this season. This led to him finishing 7th on the Road to Oman rankings and guaranteeing his European Tour for 2017.

“I am delighted to be joining the team at Hambric Sports”, said Alexander. “I’m ready to take my career to the next level and I know that by surrounding myself with the Hambric Sports Team, they can help make my dreams a reality”.

CEO of Hambric Sports, Rocky Hambric, said: “We are excited to welcome Alexander to the Hambric Sports Family. Already a proven winner on both the European and Challenge Tours, we look forward to helping him achieve the rest of his professional goals”.

With offices in Dallas, Los Angeles & Dublin, Hambric Sports specializes in the management of professional golfers and markets its clients on a global basis. This includes seeking and negotiating income-producing opportunities within the golf industry and corporate world. In addition to Björk, the list of clients includes Dustin Johnson, Brooks Koepka, Thorbjørn Olesen, Martin Laird, Beau Hossler, Jordan Smith and Gonzalo Fernandez-Castaño.