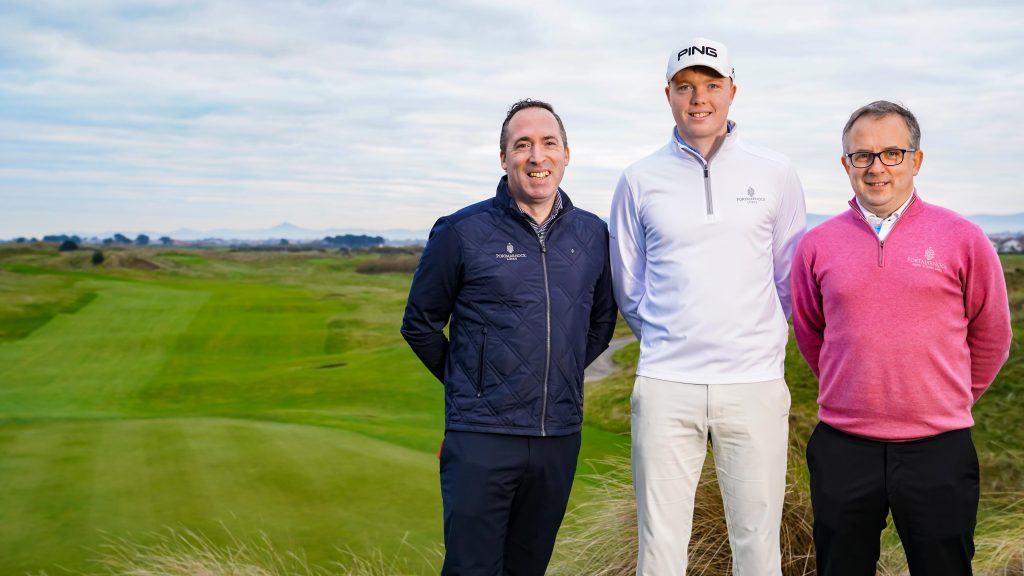 The historic Portmarnock Hotel & Golf Links, which is tucked away in the corner of one of Ireland’s most stunning stretches of coastline, has today announced its multi-year attachment with newly turned Professional, Robin Dawson.

Robin will be the Touring Professional for Portmarnock Hotel & Golf Links and whilst playing golf around the world next season, he will wear the logo on the right chest of his apparel.

Dawson, who had a glittering amateur career turned professional in September of 2018 and has already secured his full Challenge Tour card for the 2019 season, as well as European Tour status through European Tour Qualifying School.

He finished his amateur career with a remarkable 2018 season that saw him rise to 6th place in the World Amateur Golf Rankings. Highlights during the year included victory in the Flogas Irish Open Championship at Royal County Down; runner up in The Amateur Championship; second in the European Amateur Championships; representing Europe in the Bonallack Trophy; selection for Great Britain and Ireland for the St Andrews Trophy; and representation for Ireland in both the World Amateur Team Championships and the Home Internationals.

“Portmarnock Links is one of my favourite courses and for me to now be their Touring Professional, is a huge honour”, said Dawson upon the announcement of this partnership. ‘It is a golf course that I have spent a lot of time on and it is one of the best tests of links golf that there is. It is clear that all of the teams hard work has come to fruition and I am excited to showcase Portmarnock Hotel & Golf Links on the international golfing stage”.

Barry O’Connor, the Resort Director at Portmarnock Hotel & Golf Links, said he was equally delighted to welcome Robin on board. “He is an exceptional young man and we have no doubt that he is going to be one of a new generation of Irish professionals that will fly the Irish flag proudly throughout the golfing world. We were delighted to have the opportunity to partner with Robin and it was one of the easiest decisions that we have had to make. We look forward to following Robin and to share in the success that we are confident he will achieve.”

Portmarnock Hotel & Golf Links, once the family home of the Jameson Dynasty, has enjoyed a major redevelopment programme in recent years that has seen serious investment in both the course and the hotel itself.

The hotel itself comprises of 134 bedrooms, each with the promised view of the golf course, the enchanting original Jameson Family gardens and of course, the Irish sea. A state-of-the-art spa and conference space for up to 300 people is onsite, as well as two award-winning restaurants, one of which overlooks Irelands Eye.

The golf course which was originally designed by Bernhard Langer has hosted several tournaments, including two major professional women’s championships that saw many of the world’s best female players tackle the course in the build-u to Ireland’s hosting of the Solheim Cup in 2011.