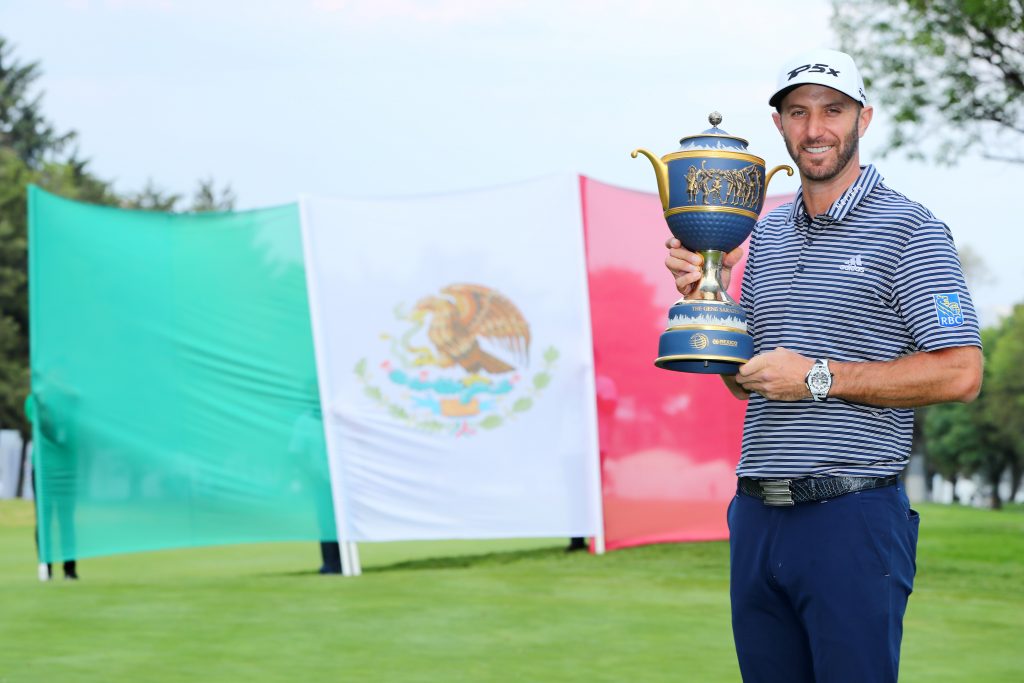 DJ cruises to victory in Mexico

Dustin Johnson picked up his 20th career PGA Tour Title at the WGC-Mexico Championship on Sunday, when he shot a final round of 66 to win by five shots.

Opening up with rounds of 64, 67 and 66, Dustin was four shots ahead going into the final day.

He got off to a tentative start with a bogey at the third, before making birdie on the par-five sixth.

Back-to-back birdies on the 10th and 11th, followed by three birdies in a row beginning at the par-four 14th, sealed the deal for Dustin and was enough to hold off the challenge of Rory McIlroy and claim his sixth World Golf Championship.

“To get 20 wins out here is very difficult and to do it before I turn 35 is pretty incredible,” the 34-year-old Johnson said after holing the winning putt.

“It means a lot. This is a big win for me and it gives me a lot of confidence for the rest of the year.”

This is the second time in three years that Dustin has won this event and it is his second win in 2019, having claimed victory at the Saudi International earlier this month.

Johnson’s 20th win also grants him Lifetime Membership of the PGA Tour, which he will receive in 2022, having then completed 15 active seasons.

“I would have liked to have done it a little bit quicker, but I’m pleased with where I’m at, and to get 20 wins obviously is a lifetime exemption on the Tour, so that’s a very big accomplishment and I’m very proud of myself for doing it.”

Congratulations Dustin on claiming your 20th PGA Tour Title and here’s to a fantastic 2019 season ahead!