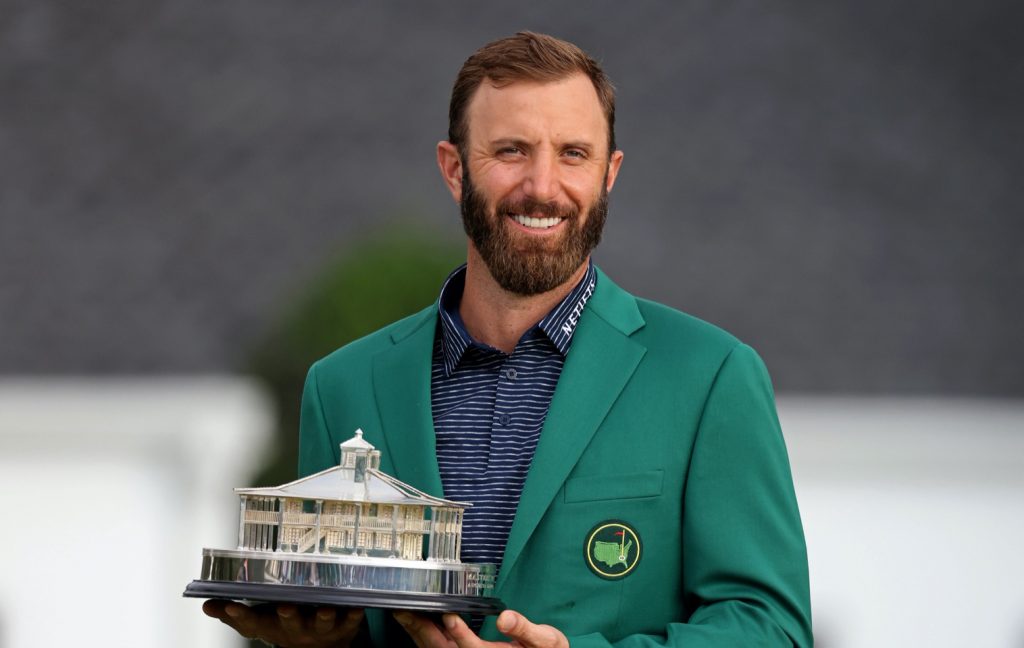 World number one, Dustin Johnson, claimed the Masters at Augusta National in emphatic fashion, to secure his second major title.

It was DJ who rose to the occasion over the four days in Georgia and went on to become the first player in tournament history to reach twenty under par.

Johnson was also aiming to be the first world number one to win The Masters since Tiger Woods in 2002 and that is another record that he too broke.

Taking a four shot lead into the final round on Sunday, this was quickly reduced to a single stroke due to birdies from the chasing pack and bogeys on four and five from DJ.

Johnson produced a brilliant response, making birdie on the sixth, to extend his lead.

A birdie on eight for Dustin, saw him shoot one under par on his opening nine and looked as calm and collected as ever.

With a mud ball on the 13th fairway, he opted not to go for the green in two and instead hit a lay-up, following by his third shot into twelve feet and went on to hole the birdie putt.

He followed this up with back to back birdies on fourteen and fifteen, to make him the first player to ever reach twenty under par.

Three pars on the way in sealed his place in the Champions Locker Room and an award ceremony straight out of childhood dreams, reigning champion Tiger Woods slotting the Green Jacket onto his shoulders.

“Yeah, growing up, that was all it was, as a kid, you dream of playing in the Masters, and dream about putting on a green jacket,” he said. “Still kind of think it’s a dream, but hopefully, it’s not.”

“I can’t thank Augusta enough for just having the Masters. Obviously when it got cancelled in April, none of us knew if we were going to be able to play in it.”

“I was just happy to be here playing, and it worked out okay for me.”

In his last seven starts, Dustin now has two wins and three runners-up finishes, as well as a third and a sixth place finish.

Congratulations on your second major victory, Dustin. All at Hambric Sports are so proud of the work that you and your team put in every single day!