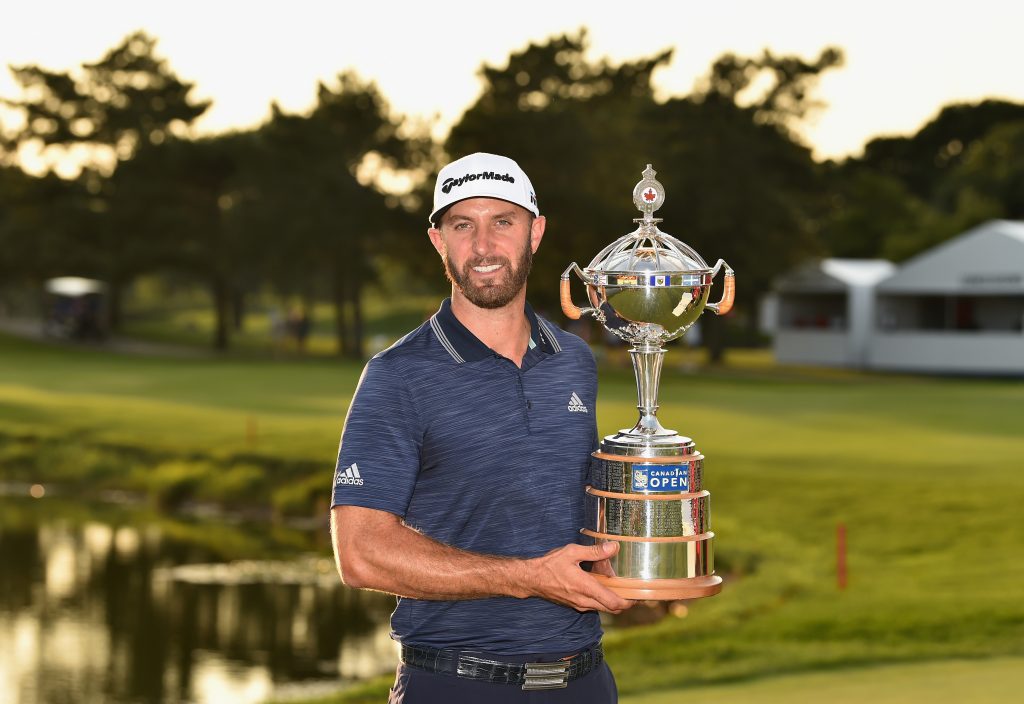 Johnson cruises to victory at the RBC Canadian Open

World number one Dustin Johnson captured his 19th PGA Tour title at the RBC Canadian Open on Sunday and rewrote the history books by becoming the first player since Tiger Woods in 2009 to win three or more times in three consecutive seasons.

Heading into the final round at Glen Abbey tied for the lead with Kevin Tway, Whee Kim and Byeong Hun An, Johnson pulled away quickly with back to back birdies on his opening two holes to lead the field by two shots.

After birdies at the first, second and eighth, Johnson stayed out in front for the rest of the day and headed into the back nine three-under for his final round.

Even a weather delay for roughly 90 minutes couldn’t derail Johnson. He came out following the restart and made four birdies on the back nine and went on to shoot a six-under 66 and finish on 23 under par.

Johnson said on Saturday that his only goal on Sunday was to play the par-5’s better and he did just that, making birdie on all four of them.

Dustin’s most impressive display on a par-5 on Sunday came at the 16th hole, where he missed the fairway with his tee shot, leaving him a difficult 180-yard second on a downslope, out of the rough and to a back left pin. Johnson hit a pitching wedge that landed on the green and just rolled to the back fringe, leading him to calmly get down in two, resulting in one of his seven birdies on Sunday.

“Signing with RBC this year and coming up here and winning, especially on a golf course where I’ve had success, it means a lot,” Johnson said. “Obviously, having a lot of ties to Canada with Paulina, her dad, Wayne, who, thanks to him, I get a lot of fans out here. It makes it a lot more fun playing out here in front of a big crowd. I had a lot of support this week, and it was a lot of fun.”

Johnson retained his spot on top of the FedExCup standings with this victory and also increased his lead at the top of the Official World Golf Rankings.

Well done on your 19th PGA Tour Title Dustin. We are all so proud of you and we know that you will break plenty more records over the course of your career!