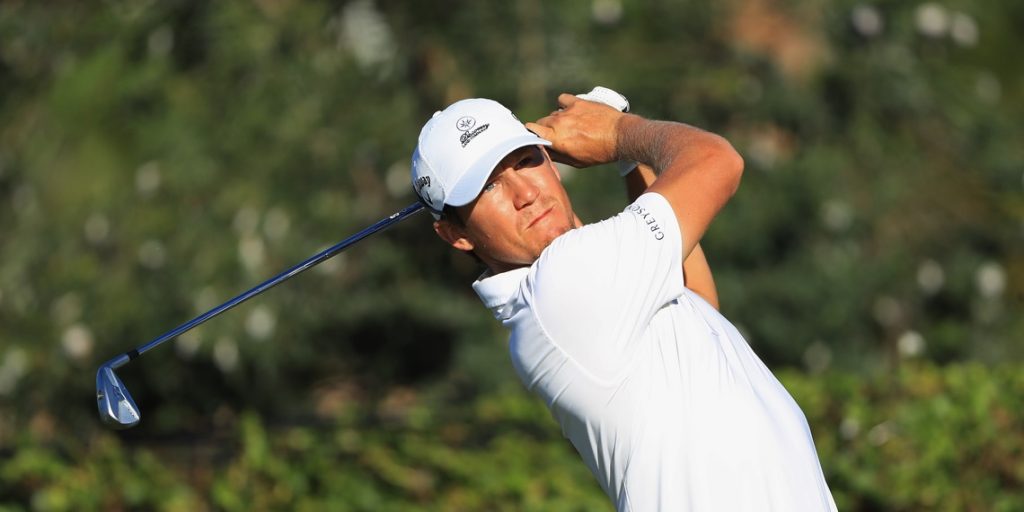 A second straight 8-under par 64 from Kramer Hickok in the final round of the Ontario Championship, got him into a playoff with California’s Johnny Ruiz, to see who would claim this title on the MacKenzie Tour – PGA Tour Canada.

After four playoff holes, Hickok had a five-foot birdie putt to win, which he held. This granted him his second MacKenzie Tour – PGA Tour Canada victory of the season. This has guaranteed him a spot in The Five, along with Web.com Tour status for 2018.

It has been a great couple of events for Hickok over the last few weeks, as he finished second in his two previous starts at the National Capital Open to Support our Troops and the Cape Breton Open. “It’s a step in the right direction and it’s not another second place, so I’m happy about that.”

Hickok needed a quick start as he was eight strokes off the lead which was held by Ruiz. Three straight birdies narrowed the gap and then between holes 8 – 11, Kramer racked up another four straight birdies – this got him within two of Ruiz’s lead.

2 under par for his last 5 holes, Hickok posted the clubhouse lead on 19 under par and headed straight to the range to warm up for a playoff, if there was to be one.

Then came a playoff and both Hickok and Ruiz posted pars on 18, 18 and 9. Then on the fourth playoff hole, Hickok produced a beautiful 9-iron for 143 yards, which landed 5 feet from the pin.

“It’s unbelievable. This course yielded some of the best players all year. Heading into today, I was in seventh place but looking in front of me, there were four guys that could jump me in The Five. I think that’s what good courses do – they bring out the best players,” said Hickok, reflecting on what has been an incredible year that still has one goal left to be achieved: the Order of Merit title next week.

“I’ve had three seconds and two wins, and it’s not even guaranteed. These guys are just that good. If you’re not playing well, someone else is, and they’re going to jump you. I know the purse is bigger next week, so I’ve gotta go out there and do it again,” said Hickok.

This is Kramer’s first season on the MacKenzie Tour and his wins at the Ontario Championship and the Players Cup, as well as runner-up finishes at the Staal Foundation Open, The National Capital Open and the Cape Breton Open have cemented his place atop the Order of Merit rankings.

This win makes Hickok only the second player during the PGA Tour era on the MacKenzie Tour, to surpass $100,000 in earnings for one season.

Congratulations on yet another win Kramer – we are all so happy for you!