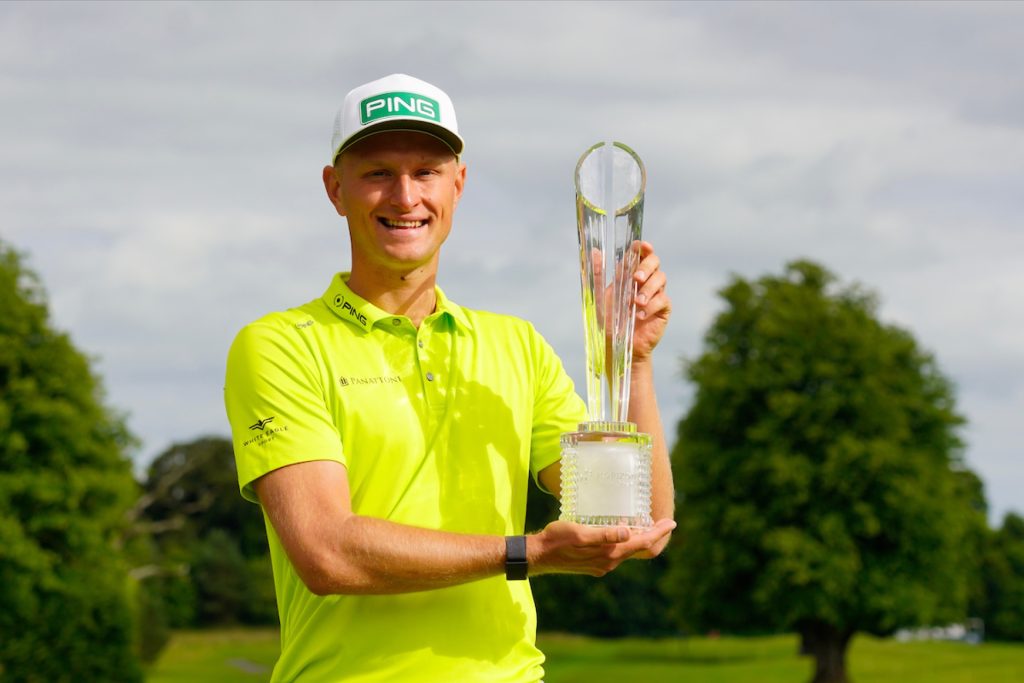 Adrian Meronk made history by becoming the first Polish winner on the DP World Tour, after producing a fabulous back nine on Sunday at the Horizon Irish Open, to win the title by three shots.

He began the day with the smallest of margins and made a solid start to his round, rolling in a 14-foot putt for birdie on the 2nd hole, to get to 15 under par.

The Polish star found himself one behind with five holes to play, after Ryan Fox made a charge and he had to dig deep if he was to get his hands on the title.

Meronk produced the golf of his life, when he holed lengthy birdie putts on the 15th and 16th to regain the outright lead and then went on to make eagle on the 17th, from 25-feet. This gave him a three shot lead heading to the final tee.

A beautiful drive down the middle of the 18th fairway, followed by a solid iron shot, led to a closing par and Adrian Meronk’s name going on the Horizon Irish Open trophy, alongside some of the greats of the game.

“It’s such a relief to be honest. I’ve been coming quite close a couple of times this year, and to finally open the door, it’s just a dream come true”, said Meronk. “That’s why we practice every day.”

“I’m going to keep going forward. It’s another step for me. And I’m excited I achieved it here in Ireland, such a great history, and I’m just super excited. I can’t describe it.”

His spectacular final round of 66 included an eagle and five birdies, to finish the tournament on 20 under par.

Adrian has produced six top-ten finishes this season and with this win, it has catapulted him to 7th on the DP World Tour rankings and a career high of 64th in the Official World Golf Rankings.

Congratulations on your maiden DP World Tour title, Adrian. We are incredibly proud of you and know that there are going to be many more victories to come.