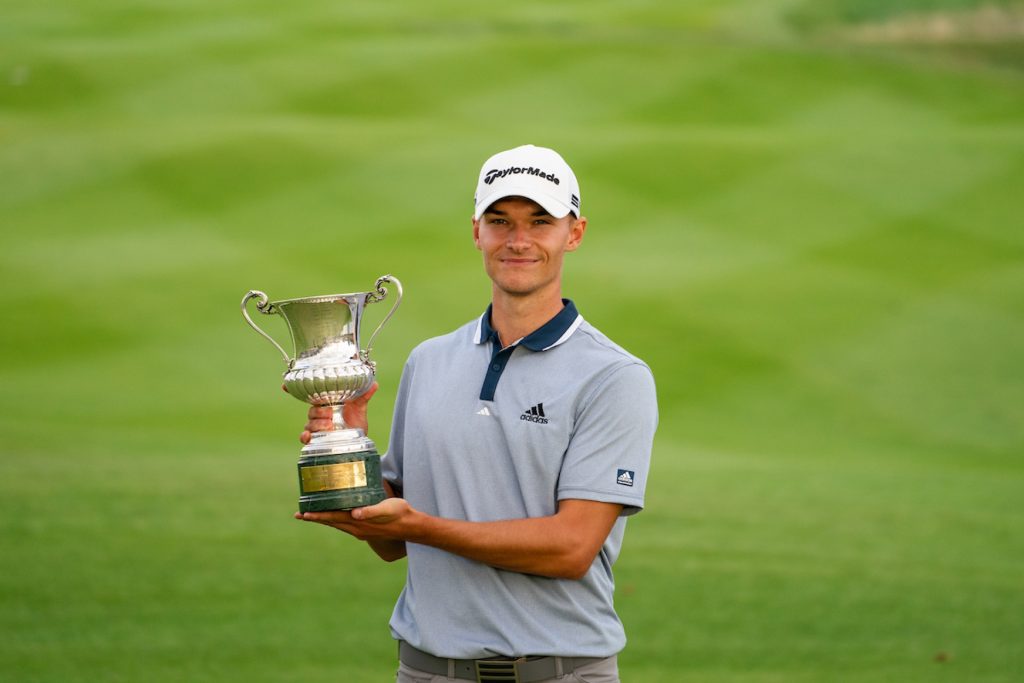 Nicolai Højgaard sealed victory by one shot at the DS Automobiles Italian Open and picked up his first European Tour title in dramatic fashion.

It was a demanding day for the young Dane, who showed nerves of steel by hitting his final iron shot into three feet on the last and making the birdie putt to hold off the challenge of Tommy Fleetwood and Adrian Meronk.

Coming into the final round with a one shot lead, he made a great par save on the first and went on to make his first birdie of the day on the fourth, rolling in a slippery 13 foot putt.

A tremendous up and down par save from the bunker on the ninth kept his wheels in motion and he made another birdie on the 11th, following a beautiful chip shot to just three feet.

Højgaard found himself two clear on the back nine, before dropped shots at the 14th and 15th left him level with the chasing pack.

A huge par save on the 16th, followed by another safe par on the 17th, meant he was heading down the final hole of the day, knowing that he needed to make a four for victory.

Despite missing the fairway with his tee shot, he hit a stunning third shot in to three feet, held the putt and walked off as the 2021 Italian Open Champion.

Nicolai received the last invitation to the tournament and said, “It means a lot. I’ve been grinding for a long time and seeing Rasmus win three times made me want to do it even more. To finally get it done is very special”.

“It’s hard to make birdies when you’re in front, but you just have to grind, that’s what my caddie Christian told me and what we talked about all day – keep going, we know the birdies will come. There weren’t many birdies but one came at the last and it was important so I’m really pleased with that”.

With this victory, Nicolai joined his twin brother, Rasmus, as a European Tour winner and they became the first brothers to win back-to-back events on the European Tour, following on from Rasmus’ victory at the Omega European Masters last week. They also wrote another record by becoming the one two players born in the 2000’s to win on both the European Tour and PGA Tour.

Congratulations on your maiden European Tour victory, Nico. We are so proud of you and know that it is going to be the first of many.