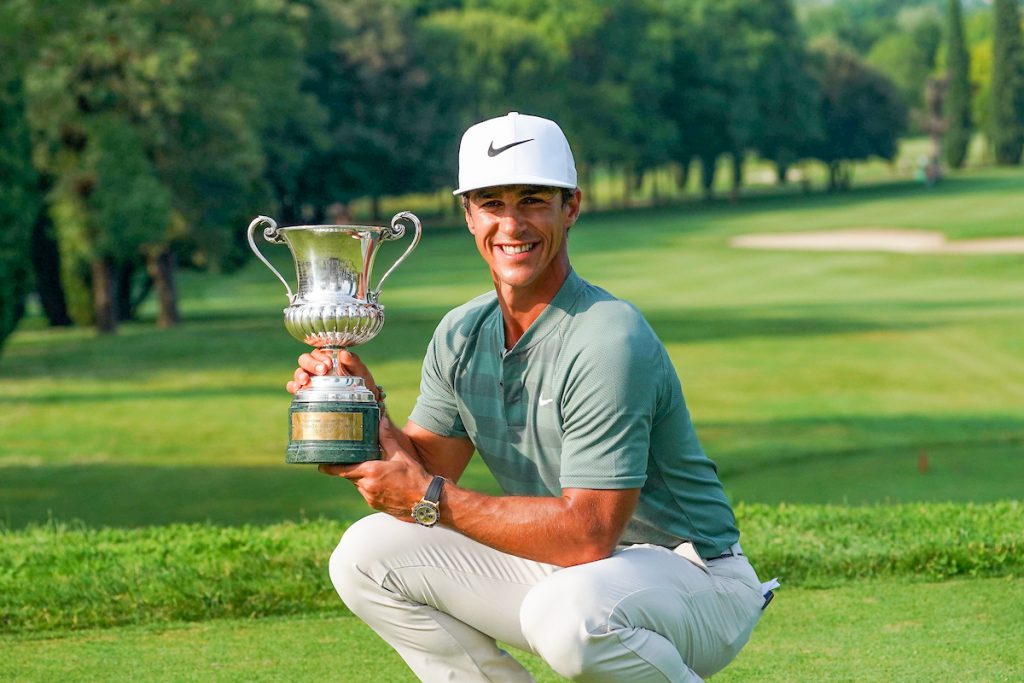 Olesen wins the Italian Open after thrilling final round

It was a Sunday to remember for Thorbjørn Olesen, as he held off stiff competition from home favourite Francesco Molinari and England’s Lee Slattery, to claim the Italian Open.

Needing a par at his final hole to seal victory, he looked in trouble off the tee, when he pulled his drive left. But a fantastic up and down save from the green side bunker completed his final round, with a bogey-free 64 and a 22 under par total.

Entering the final day, Olesen was one behind playing partner Lee Slattery, but a birdie on his first hole from twelve feet, set the tone for the Dane’s day.

Birdies followed for Thorbjørn on the fifth and seventh, and he then went on to make back to back birdies on the twelve and the thirteenth, with a simple tap-in putt.

Molinari and Olesen had been tied for the lead with two holes remaining, but Molinari followed four straight birdies by dropping just his second shot of the week on the 17th and Thorbjørn birdied the same hole in the group behind, to take a two-shot lead.

The Italian refused to throw in the towel and holed a curling birdie putt on the last from forty feet, to complete a 65 and pile the pressure on Thorbjørn. Olesen’s nerveless 10-foot putt on the last, secured him his first Rolex Series event victory, and his fifth European Tour title.

“This is my first time coming from behind to win, so that’s very special to me,” Olesen said after a victory which takes him just outside the automatic qualifying places for September’s Ryder Cup, when fellow Dane Thomas Bjorn will captain the European side.

“I was standing on the eighteenth tee and heard I was two in the lead, that’s why I picked the 5-wood from the tee. I thought that would give me a good chance to make four and worse case I would make five, but I was standing there and saw that great putt Molinari holed and that definitely put some pressure on me.”

“I always wanted to come up the leaderboard and take the trophy. I’ve never had that putt on the last to win a tournament so that’s why this one feels so amazing.”

Thorbjørn shot rounds of 65, 68, 65 and a final round 64, to finish on a 22 under total for his week. Four rounds of golf with just four bogeys on his cards for the week, showed just how flawless he was playing. This win catapults him up the Race to Dubai rankings to 6th position.

“This is exactly what I needed. Well, it’s always what we need but right now for me it’s great.”

Congratulations on your amazing win Thorbjørn, we are all so proud of you at Hambric Sports!