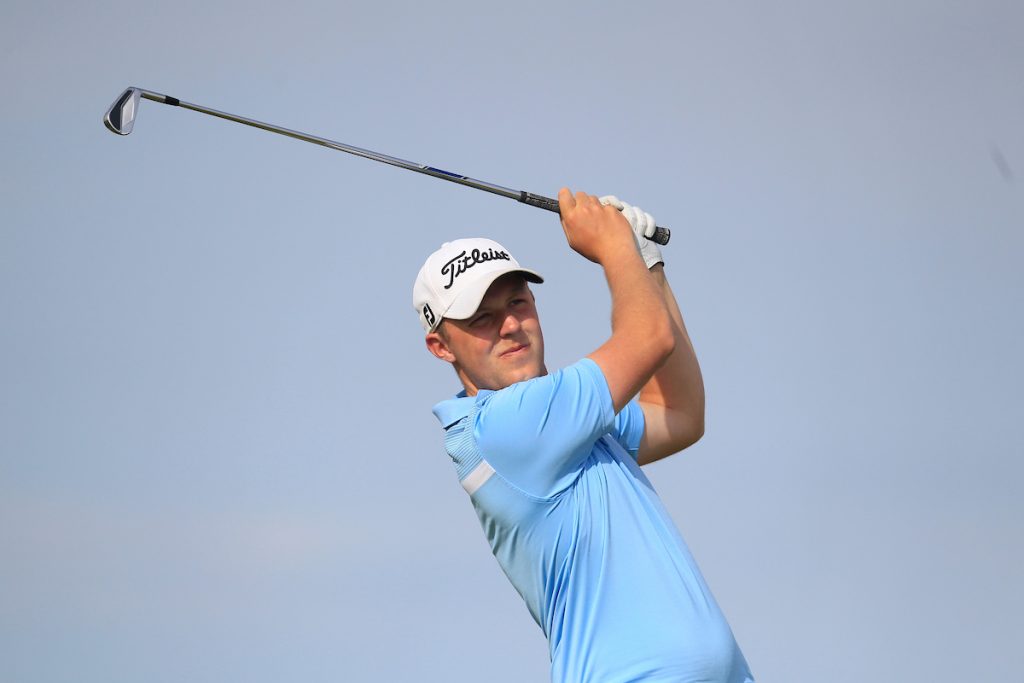 Hambric Sports are proud to announce the signing of Irish golfer, Paul McBride, who was ranked 41st in the World Amateur Golf rankings before joining the professional ranks.

Paul was selected to represent Great Britain and Ireland at the 2017 Walker Cup, following on from finishing runner-up in the individual standings at the 2017 European Team Championship, reaching the quarter finals of The Amateur Championship in 2017 and also finishing 3rdat the 2017 General Hackler Championship.

Individual accolades for Paul in 2017 included earning Division 1 PING All-Region honours and being selected as the ACC Player of the Month in April. He was also the IGWA’s 2017 Men’s Amateur of the Year.

Paul has enjoyed many team successes throughout his amateur career also, including representing Great Britain & Ireland at the 2017 Walker Cup, being a member of the winning 2013, 2015, 2016 and 2017 Irish Home Internationals Team and finishing third at the 2016 Eisenhower Trophy with Ireland.

“I’m delighted to be joining such a successful and caring team. I look forward to the next step in my golfing career with Hambric Sports”, said McBride.

Paul will make his professional debut on the Challenge Tour this week at the Hauts de France Open, followed by his European Tour debut at the BMW International Open next week.

“We are delighted to welcome Paul to the Hambric Sports family and look forward to guiding him through his progression into the professional ranks. Having followed Paul’s progress for quite some time now, on both sides of the Atlantic, we are all very excited for the future”, said CEO of Hambric Sports, Rocky Hambric.

With offices in Dallas, Los Angeles & Dublin, Hambric Sports specializes in the management of professional golfers, and markets its clients on a global basis. This includes seeking and negotiating income-producing opportunities within the golf industry and corporate world. In addition to McBride, the list of clients includes Dustin Johnson, Brooks Koepka, Thorbjørn Olesen, Martin Laird, Oscar Lengdén, Beau Hossler and Gonzalo Fernandez-Castaño.

Image: Copyright of Golffile – single use only with associated press release.