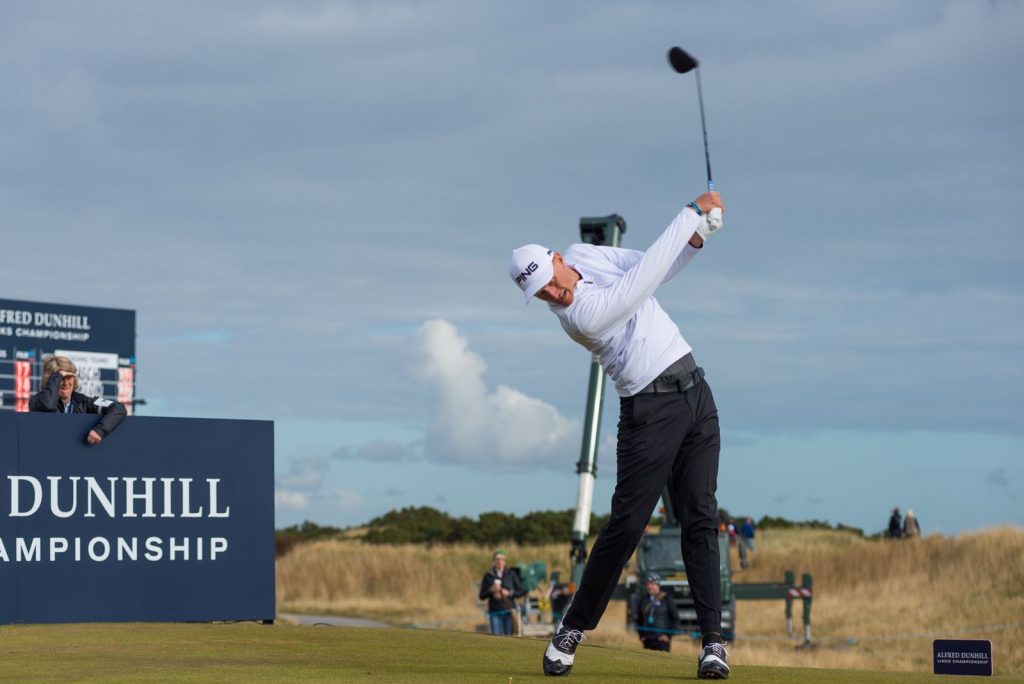 Polish golfing star, Adrian Meronk has signed with Hambric Sports following on from his decision to turn professional at the Alfred Dunhill Links Championship, where he finished as runner up in the Pro-Am competition.

The 23 year old signed off on his stellar amateur days at number eight in the Official World Golf Rankings.

Adrian’s decision to turn professional follows a fantastic year, coming fresh off his T3 individual finish at the World Amateur Team Championships in Cancun. Prior to this, Adrian shot an impressive -9 to take T9 spot at the European Amateur Golf Championships.

In June 2016, Meronk made headlines when he became the first Polish golfer to reach the British Amateur Championship quarterfinals. He was also the joint leading qualifier in the initial strokeplay stages of the tournament.

The man from Wroclaw once again made history last year when he became the first Polish player to play in the Palmer Cup – he won three and a half points out of a possible four. Adrian is now a two time Palmer Cup player with an impressive record of 5-0-3 in his two appearances. He was also named as a PING All-American in 2016.

In the 2014 – 2015 golfing season, Adrian received All-American honours from PING and Golfweek, while also being selected to the PING All-Region Team. He was named SoCon Player of the Year, First Team All-Southern Conference and SoCon Player of the Month for April. As well as this he was inducted into the SoCon Academic Honour Roll and won the season-opening tournament at Inverness Intercollegiate, whilst also earning co-medalist honours two weeks later at the Wolfpack Intercollegiate.

Adrian will travel to Spain and compete at the Second Stage of European Tour Qualifying School next week where he will hope to qualify for the final stage and secure a European Tour Card for the 2017 season.

Adrian said: ‘I have had a fantastic amateur career and I feel that now is the right time for me to enter the professional ranks. It is going to be a challenge that I will relish and I am delighted that I have chosen Hambric Sports to help guide me through this new phase of my golfing career. I am confident that Hambric Sports is the right fit for me as they have a long history of signing amateur golfers when they turn professional, like myself, and growing them into major winners which is an avenue I wish to follow’.

CEO of Hambric Sports, Rocky Hambric, said: ‘I am delighted to welcome Adrian Meronk to the close knit, Hambric Sports family. Having followed the progress of Adrian for quite some time now, we have always been impressed with him both on and off the course. Adrian is an individual with a massive amount of potential and we are so excited to be working with him, to help him grow into a successful touring pro. He had a fantastic professional debut at the Alfred Dunhill Links Championship and we know that this is only the beginning of his long and successful golfing career.’