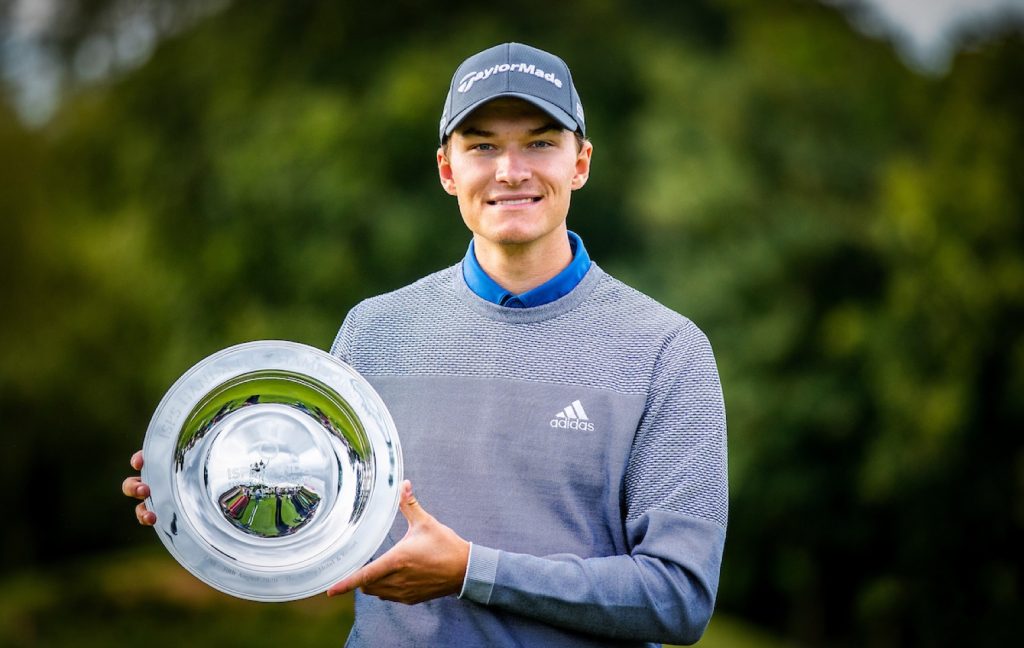 Rasmus Højgaard earned his second European Tour title in his rookie year, at the ISPS HANDA UK Championship, where he edged out Justin Walters in an exciting playoff.

Højgaard started the day five strokes behind the South African, but three birdies on his front nine narrowed that lead and brought the young Dane closer to the top of the leaderboard.

Following on from birdies on the 14th and 16th, Rasmus held a crucial eagle putt on the 17th to tie him for the lead, with one hole left to play.

He waited in the clubhouse, as Walters also finished on -14, just one shot ahead of the chasing pack.

The two returned to the 18th tee for extra holes and it was advantage Højgaard when Walters pushed his second shot into the right rough and chipped to 10 feet. He went on to hole this par putt, which was matched by Rasmus to extend the contest.

The second playoff hole saw Højgaard two-putt from the fringe for par, to seal his second European Tour victory at just age 19.

Not only has this victory brought Rasmus to 63rd in the Official World Golf Rankings, it also saw him win the 2020 UK Swing Order of Merit title and he donated the £60,000 that he won for charity through the UK Swing, to the Childhood Cancer Foundation – Denmark and the Ronald McDonald House – Denmark.

“I definitely want to help as much as I can. Of course I feel the money has to go to those two charities.”

Congratulations Rasmus on your victory at The Belfry. We are all so excited for what your future holds in professional golf!