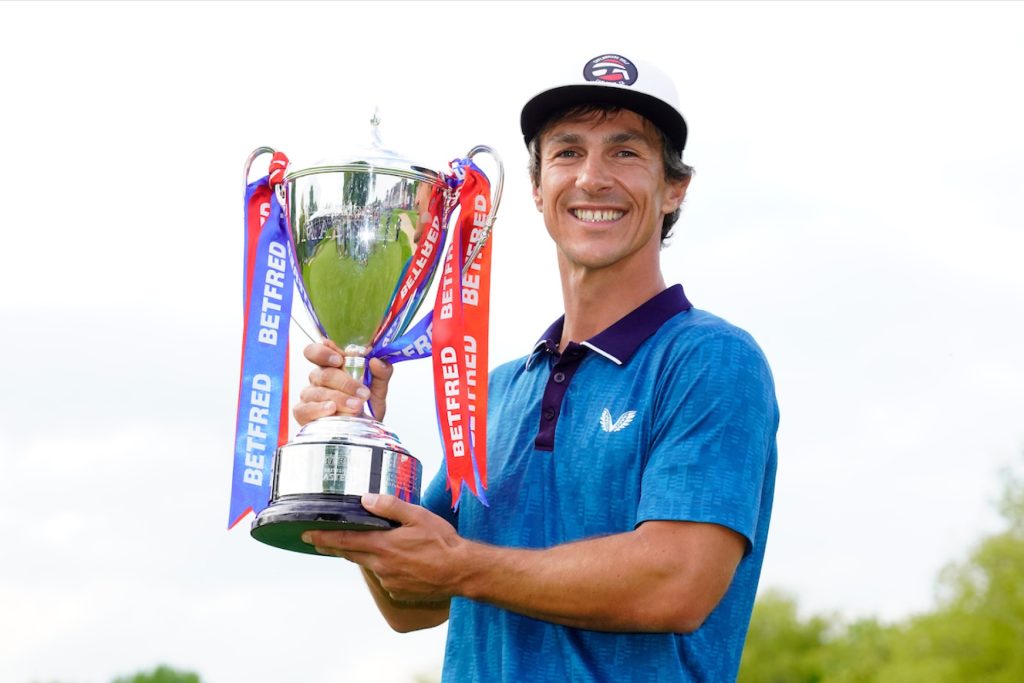 Thorbjørn Olesen claimed his sixth DP World Tour title at the Betfred British Masters on Sunday, having produced an eagle-birdie finish for the second day running, to win by one shot.

Having started the day with a three-shot lead at The Belfry, it quickly was reduced to one shot after a bogey at the first and a birdie for Marcus Armitage.

A birdie for Olesen on the 3rd got him back to level par for the day and some fantastic up and downs saw him make important par saves.

An inspired performance from Thorbjørn saw him repeat his Saturday heroics over the closing two holes and with a 28-foot putt for eagle on the 17th hole, whilst trailing by two shots, he rolled it into the centre of the cup, meaning he’d head to the final hole of the tournament in a tie for the lead.

A beautiful drive up the 18th fairway and an iron shot to 36 foot right of the pin, left Olesen with a birdie putt and a chance of the title, which he clinched.

“It’s a massive tournament won by so many great names so it’s a privilege to have my name on the trophy,” Olesen said.

“It was obviously a pretty tough day and I hit a lot of shots to the left. I was really struggling. I somehow just kept going, and yeah, what a finish. Incredible”.

“Standing on 17, I’m thinking I can make birdie, birdie and maybe get into a play-off. But obviously when I got the chance on 17, I prefer to take that. 18 is a tough hole, so par is a good score obviously. I just gave it everything.”

Victory sees Thorbjørn move up to 9th on the DP World Tour rankings and top of the US Open Qualifying Order of Merit, which now has 3 events remaining.

Congratulations, Thorbjørn. We are incredibly proud of you and know that there are so many great times ahead together.