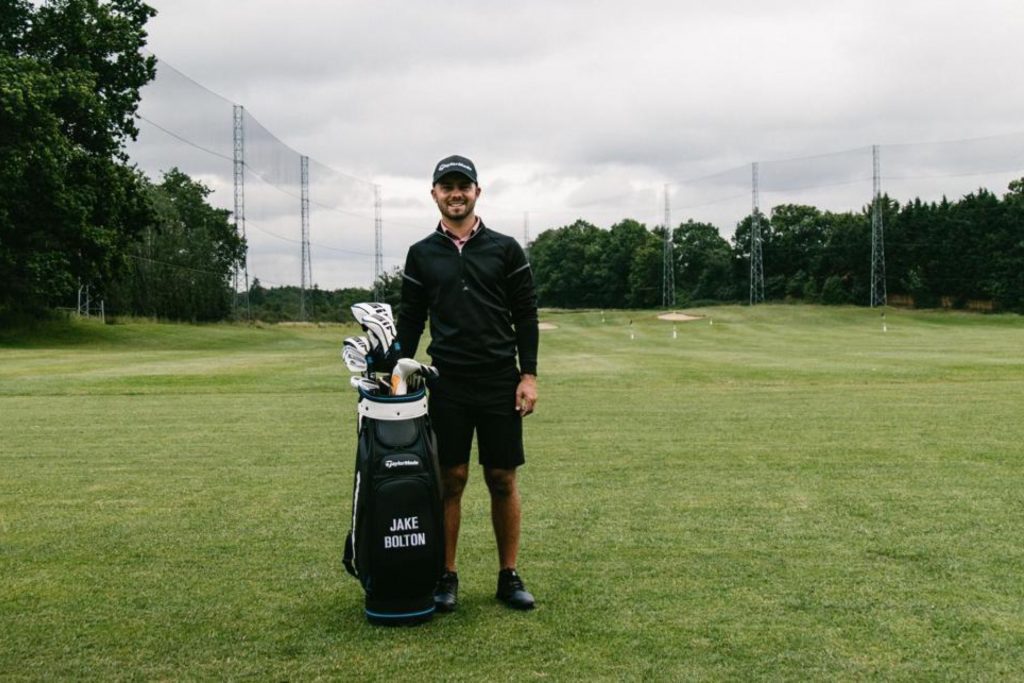 Emerging talent, Jake Bolton, has penned a multi-year agreement with TaylorMade Golf, which will see him play TaylorMade clubs and ball, as he competes around the world.

Having made his professional debut at the Open de Bretagne on the Challenge Tour, Jake is ready to progress his way up through the ranks and believes that TaylorMade Golf are the best fit to help him reach his goals.

Jake starred in the Saturday foursomes match at the Walker Cup in Seminole, where he held crucial putts at important stages of the dual, as well as hitting the shot of the day into the 18th green, which resulted in a crucial point being clinched for Team GB&I.

“I am absolutely delighted to be joining Team TaylorMade”, said Jake. “It’s unquestionable that they have some of the best equipment in golf and along with that, they have a fantastic team of expertise, coupled with unrivalled service – you only just have to look at the staff players that are on the TaylorMade roster. I have great confidence that the team will assist me in getting to the next level, to achieve my goals. I am very much looking forward to the journey ahead and being a part of Team TaylorMade.”

“Jake has been playing TaylorMade products for the last 2 years of his amateur career. After tracking Jake’s progress throughout the amateur ranks, it was clear to us that he was a prospect to make his way to the top of the game”, said Sam Day – Tour Representative. “Along with representing himself professionally and with extreme dedication, Jake has shown that he will be a fantastic addition to #teamtaylormade. It is with great pleasure to be aligning with such a great player and look forward to working towards Jake’s ambitions.”

In the spring of 1979, TaylorMade Golf Company was founded by Gary Adams. Since then, they have been committed to combining innovation with authenticity, to always be passionate about the game and pledged to be competitive. More than 40 years on and these tenets are still with them today and TaylorMade Golf have become known for producing some of the best performing golf products in the world and working with some of the best golfers in the world, most notable, Dustin Johnson and Tiger Woods.